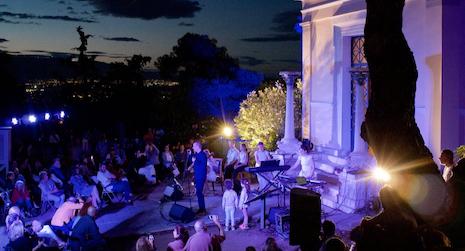 Live in Athens and Nuuk

Eight love songs in eight different languages - that’s the essence of Per Bloch’s Kokoro album. Adapting the concept to where the concert takes place the live concerts has grown to include Greenlandic and Finnish

Four live tracks from two concerts playing the Kokoro album live. Performed at National Observatory of Athens and Nunatta Isiginnaartitsisarfia – The National Theatre of Greenland during Nuuk Nordic Cultural Festival. Words in Finnish, Greenlandic, and Danish. Avosylin (Open Arms), Soorlu sinnattoq (Like in a dream), Månestøv (Moon Dust), and a tribute to the full moon of Greece.

Listen to the four songs in the player below.