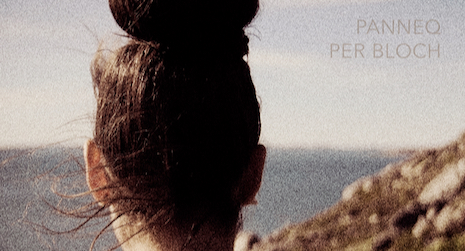 “When I moved back to Denmark last summer, I found out that I was not done with Greenland at all. That I had a great need to say thank you. I tried to put into words how I had experienced being a guest in Greenland. To describe my desire to become a part of society and culture. And my meeting with the Greenlanders. It turned into a declaration of love. In words, sounds and music. To the country and the people”, says writer and musician Per Bloch.

The album’s seven very different tracks alternate between being instrumental and with words. Poetic texts with added music, created primarily by Greenlandic musicians and producers. For example, Gustav Lynge Petrussen, from the Greenlandic band Inuk, and Gerth Lyberth, who was nominated for the Nordic Council Music Prize in 2021. The producer wizard Andachan participates with two songs – one is called Oqaasissaarukkaangama, which means ‘When I haven’t got words to say’.

Per Bloch says: “I sent the producers audio recordings, which I have made in Greenland. Squeaky snow, sounds from a dog sled ride, construction work and recordings where I sing, but without words. And then they have added their own instruments and in that way we made the tracks together – despite distance and covid isolation.”

Per Bloch lived in Greenland for a total of 900 days. 2.5 years in the Arctic where he tried to learn the language that is often called the most difficult in the world. The lyrics for the album was written in Danish and he then had help with the translation and pronunciation.

“Of course you can hear that I am not Greenlandic. But that’s the whole point. The essential thing for me is to try. To make an effort to tell the story in the language they speak, where the feelings have arisen”, says Per Bloch.

In 2019 Per Bloch released the acclaimed spoken word album Vi skal noget sammen (We should do something together), which was created in Greenland with several Greenlandic artists. An album that, like Panneq, has words and music as it’s core, but this time in Greenlandic.

“If you need to say thank you to someone and tell them that they have left traces, then I think it should happen in their language and not your own. But the language of music is universal, so I hope that you can feel the message and the intention, even if you do not understand the words “, concludes Per Bloch.

Panneq is released on all streaming services and on 50 exclusive cassette tapes. They can be bought exclusively via Per Bloch for the price of DKK 100,- plus shipping. The lyrics have been translated into English in the album’s digital booklet.

Buy one of the exclusive Panneq cassettes for DKK 100,- (link to mail)